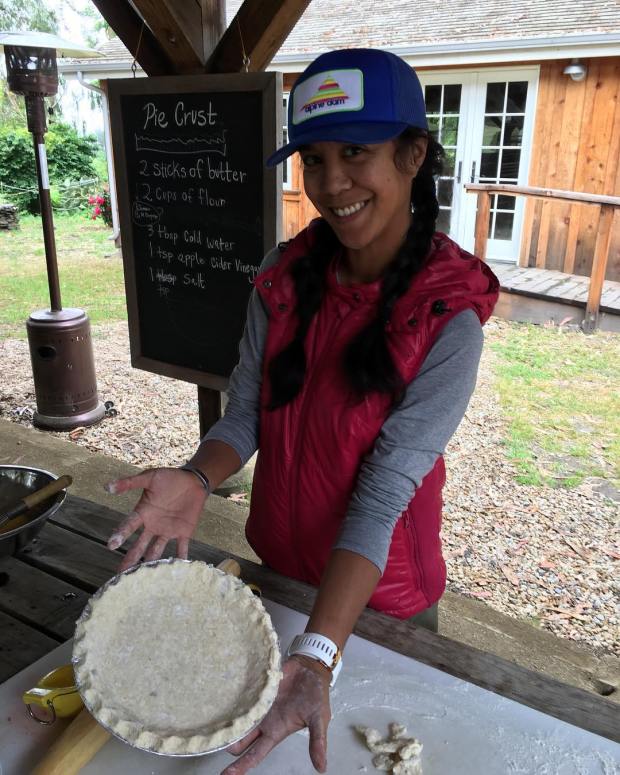 Meet Christina Whiskhands
I’m the one who stays up late baking. LittleBeastling is the one who runs. Good thing, too, ’cause I just figured out how to make foolproof caramel.

I grew up baking and later cooking alongside my mom, venturing on to to do both on my own at a young age.  The only sort of formal training I have had was a one-quarter ‘Foods’ course in junior high, which admittedly, did not teach me anything my self-taught mother had not.  Much of what I know is through good ol’ trial and error, fueled by the internet, books, food television and late-night cravings.

Raised an omnivore, going vegetarian during college and vegan shortly thereafter, Mister Whiskhands and I keep a vegan house, save the cats.  Besides being an obsessive baker, I’m a lifelong soccer player, runner, TRX enthusiast, gardener, writer and silly goober, among other things. Along with Mini Whiskhands (our three year old daughter,) we make in our East Bay Area home with our two cats and two wiggly pups.

And contrary to popular belief, I do sleep some at night instead of just staying up between toddler-soothings baking things to torture my co-workers with.

This website is hosted by Lycos and is powered by WordPress.com
[last updated 10.06.18]

One thought on “About”